M/S SRS FINTECHLABS PVT. LTD. (OxyLoans) is now registered as an NBFC-P2P with RBI. ​Disclaimer: The company is having a valid certificate of Registration dated Feb 06 2019 issued by the Reserve Bank of India under Section 45 IA of the Reserve Bank of India Act, 1934. However, ​the RBI does not accept any responsibility or guarantee about the present position as to the financial soundness of the company or for the correctness of any of the statements or representations made or opinions expressed by the company and for repayment of deposits/discharge of liabilities by the company.

Can a resident of India borrow money from an NRI? May be, but first you need to know about the Peer to peer lending.

What is peer to peer lending?
Peer to peer lending meets characters who have the cash to invest with people who are seeming for a loan. A more suitable term for this application is marketplace lending because an online staging, normally a website, is related to match investors with all the borrowers.

Even though the term marketplace lending best represents this type of credit, on this page, we refer to it as peer to peer lending (or also called as P2P lending) as these are the terms most people practice. 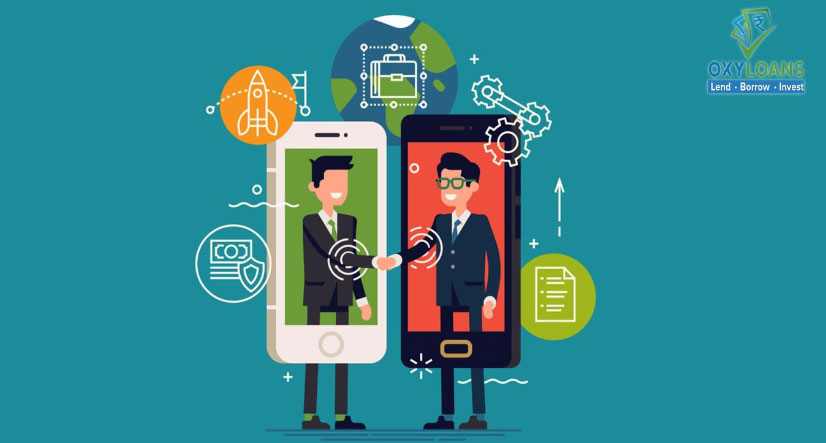 The lending and investment within citizens of Indian country and Non-Resident Indians are controlled by the Ministry of Finance and the Reserve Bank of India( also named as RBI). Some unique and most excellent notifications are formulated from time to time by the RBI, nurturing the lending and investment. The lending and financing, latest is controlled by The Foreign Exchange Management (called as FEM) Act, in the year 1999, Master Direction on Financing and Lending action in Indian Rupee between few Persons Resident in India and Non-Resident Indians published by the Reserve Bank of India on January 1 in the year 2016 and Foreign Exchange Management (Taking or giving in foreign change) Regulations, in the year 2000 scattered by the RBI on May 3, and the year 2000. In this section, the recent information regulating the transactions will be dealt amidst in the organization. You can opt for peer to peer lending in Hyderabad.

Can a resident of India obtain money from an NRI citizen?

Yes, as through the Control Direction on Financing and Lending transaction in an Indian Rupee within Persons who live in India and Non-Resident Indians issued by the Reserve Bank of India (known as RBI) on January 1, in the year 2016 and the Foreign Exchange Management (called as FEM) (Borrowing or Lending in foreign commerce) Management, in the year 2000 was proclaimed by the RBI on May 3, 2000 an Indian resident can appropriate money lending from NRI (Non-resident Indian and person of Indian) but there is particular restriction against it.

● Investment shall be only on non-repatriation assistance. This means that
repositories, once invested, cannot be taken behind.
● The loan can be taken only in two ways. The initial method is to debit the NRE/NRO/FCNR account of the NRI citizens and provide the loan to the Indian citizen. The other method is by inward transmittal from outside India.
● The loan cannot be granted for longer than three years.
● The percentage of interest on such loan is secured. NRI’s cannot impose any rate of interest. The time of interest should not be longer than two per cent over the Bank Rate controlling on the day of the opening of loan.

The return of the maximum effect and the matter can be performed only to the NRO statement of the NRI citizens.

What are the requirements to be remunerated by citizens of India for money financing in the foreign proceeding from NRI citizens?

● A citizen of India country cannot obtain in foreign commerce from an NRI citizen. However, under particular circumstances, RBI may authorise a person to borrow in international commerce from a person outside India. The conditions are detailed under:
● A citizen of India can assume by the idea of a loan from a bank outside India for the execution of any project outside India correlated to civil construction or for commodities.
● A resident merchant can acquire in foreign currency from the away supplier of ideals, in foreign money. However, the investment should be repaid in three times.

What are the manners to be maintained by an NRI citizen in the story a citizen of India defaults in payment of the mortgage?
In such a position, a person has to record a request underneath the Civil Procedure Code, in the year 1908 in a district court or a high court depending against the quantity of loan. The government in before-mentioned circumstances transfer an order next the banker ordering a person to return the cost and in case of bankruptcy to repeat freeze his/her bank accounts and features his property and returns to the NRI resident.

Now Summing-up
Therefore, a mortgage from NRI citizens can be taken by a citizen of India or an Indian Country Company. The practices and methods to be developed in such matters have been dealt with overhead. RBI is also known as the Reserve Bank Of India from time to time changes such conclusions, so one wants to be updated concerning the current edicts. This article is based on methods accepted on December 15, in the year 2017. Any type of variation in the rule is regenerated by the RBI on its website.